A Note From My Dealer. By John Patrick Robbins

Bro, you really got to slow down. Like I'm having to work double time just to keep up with your habit

And  I got into dealing because like, I  don't want to work this hard.

So I'm referring you to this really scary biker dude I know.

He has some really good shit and when he gets drunk, sometimes lets guy's fuck his wife.

Sorry to pass you off man but I really think you have a problem.

I mean I thought all you poets drank wine and were like gay or something?

Like that Oscar Wilde dude you know, the one that wrote Twilight or some shit.

I read the note and had to laugh.

Tommy was a good kid, I just had a hell of a bad habit.

Besides he was still in high school and had his whole nonexistent future ahead of him.

And me, I was just a drunk ass drug addicted writer.

Working on some great never ending novel and grateful to not be writing that young adult fiction shit.

As I went through dealers like relationships, minus sex and the occasional  encounters with ticked off husbands.

Sometimes I think I may have a problem.

But as long as I have plenty of drugs and loose party girls numbers on speed dial, I am good with myself.

Oh what a friend we have in Jesus.

Now say four our fathers and bang a couple of lonely house wives for good measure. 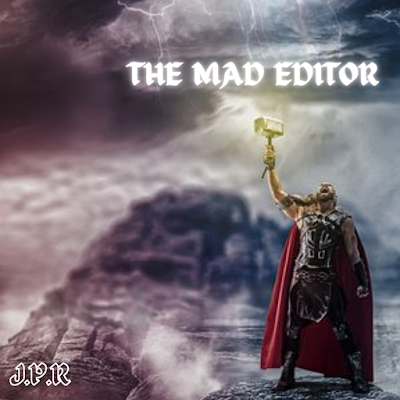 John Patrick Robbins, is the poet laureate of Valhalla and Dollywood he walks between both realms eagerly crushing simpletons who dare interrupt his binge drinking workshops.
He is currently in preparation for Ragnarok where he will help cleanse the earth of shitty Canadian pop stars and bathe in the blood of Nickelback & Justin Bieber.
He hosts  regular open mic's on Mars and holds the keys to destroying the universe.
He also collects vintage oxygen tanks and enjoys painting by number.
He is also a sculptor and is currently building his seventeen story monument to Brittney Spears that although hollow on the inside has way more depth than the actual person.
When not writing bios for the poetry famous stars.
He enjoys talking about himself in third person.
And is currently worshiped as a pop God in Norway where his classical rendition of Me So Horny is currently number one on the modern heathen jazz charts.
He also likes to party.
- October 19, 2021 2 comments:

(I GOT) GOOSED BY TOMMY CHONG By George Schaefer

It was a comedy club

three feet from the stage;

You get the close up view

and can see the comic’s face

It was Tommy Chong

and he eventually got around

to his doggie routine;

first lifting the leg as if to pee

and then turning into horn dog.

He runs into the crowd

searching for a leg to hump.

Before I realize it,

I find myself getting

He’s a rabid dog in heat.

My friends (and the audience)

are howling with laughter.

I just sat there

and passively took it.

my father’s not alive to see this.”

inspires pride in any parent.

at the club last night?”

I got goosed by Tommy Chong

and did nothing about it.

But if he ever

gets elected to the Senate;
I’m taking his ass down. 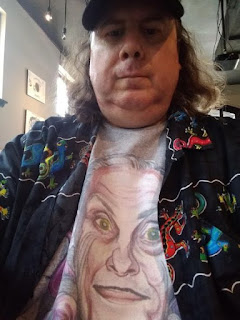 George Schaefer is a Philly based poet who hides out in a small suburban apartment.  He occasionally utilizes mass transit to visit the city and record poetic observations that he hopes will one day inspire dozens to new heights.  He clings to the hopes that the poetry will speak for itself.
- August 09, 2021 No comments: 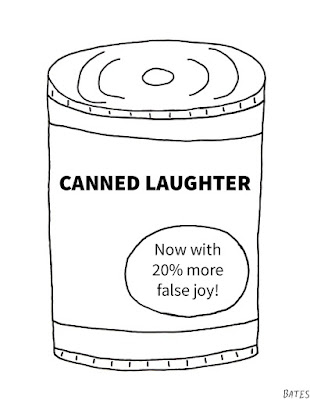 Gabriel Bates is a cartoonist living in Tiffin, Ohio 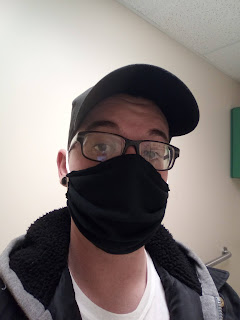 Thank you for letting us consider your work.  Your poem has one line we found incredibly evocative and very intriguing.  Unfortunately, the rest of your verse has the consistency of baby vomit.  If you have any other work that is less like baby vomit, we welcome the chance to reject it also!


Dear Poet,
Thank you for allowing us to reject your work.  We found reading your poem to be universally painful for our editorial staff.  However, we enjoy punishing our team.  Although this poem is “not for us”, we welcome additional submissions in the future as we LIKE to watch our staff suffer.  It gives us pleasure.  So….much….pleasure….

Are you suffering?
Keep writing!

What are you wearing?  Right now?  Are you holding a pen….are you holding it “firmly”?  You are a BAD poet!  So….so…BAD!  You need punishment.

Oh….and we hated your poetry.

Thank you for allowing us to consider your multi-media project, “Sestinas for all Members”. Although our editorial staff admires your ekphrastic project of writing sestinas to dick pics, we are currently only considering dick pic Haiku.

Dear Poet,
Our associate editor, Bob, read your recent submission and promptly ended his tenure with our publication in horror and disgust.
We hated Bob.

Thank you for your submission.  Unfortunately it is not what we are looking for.  But Bob was a DICK, so you have really helped us out here.  Just sayin!

Dear Poet,
Thank you for your submission dated May 17, 1974.  We have reviewed it carefully for a very long time.  Unfortunately, we find your prose a bit old fashioned and perhaps more appropriate for a simpler time, pre-21st Century.  We welcome your future submissions!

Dear Poet,
We really wanted to publish your work.  We really…really..did want to do it.  Our entire team here is in severe distress.  We appreciate that your work comes from a “special” place inside of you. We are SO privileged to get to experience your poetry.  Each member of our staff has been profoundly changed by your work.
Unfortunately, the team has very reluctantly chosen to go a different direction.
Please do not submit to us again for at least three years. Rejecting you again too soon would be too painful for us to bear. 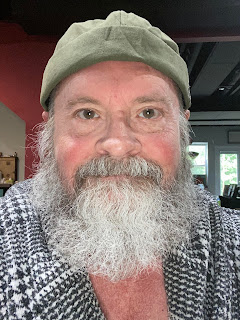 Rick Christiansen has been a stand-up comic, an actor, director of the improvisational comedy group, The Underground, and a corporate executive.  His work can be found in the archives of Oddball Magazine, Muddy River Poetry Review and other publications. He has poems forthcoming in Dumpster Fire Press and his poem “Killing Bob Dylan” has been selected for a Fall 2021 anthology by Alien Buddha Press. He is a member of the St. Louis Writers Guild. Rick lives in Missouri near his eight grandchildren and with his basset hound Annie.
- July 22, 2021 2 comments:

Love is a cold indifferent stare,
From her superior Scandinavian eyes.
And is utterly meaningless like human life. 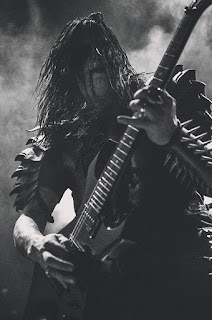 Ludwig is the harvester of death and lead guitarist for many bands such as Slaughter The Innocent, Rotting Corpse Fire, and Dismembered Gore. His guitar sounds like the terrified screams of children and his poetry has sent many people straight into the burning fires of hell.
- July 16, 2021 No comments:

I live in the woods
With the forests & the trees
The birds & the deer
The wolves & freedom
But mankind
Has been bothering
And hunting me for
Centuries following
My foot prints and
Harassing my family
So
When they
Fall asleep?
I take a big nasty dump
In their backpacks 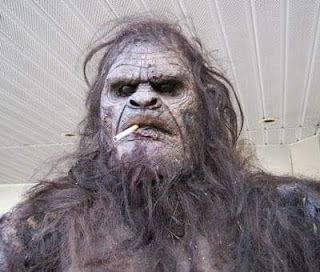 Sasquatch (Mr. Cornelius  A.) has been a resident of Washington State for over one hundred years and his hobbies include writing, drinking and collecting old vintage pornography. He is the author of the widely acclaimed book " Hair Styles For Humans" & his philosophical essay " Should We Eat Humans?" He currently lives in the woods where he chain smokes cigarettes and types.
- June 25, 2021 No comments:

Liquor being scarce in these parts, it was iced tea on the humid porch.
We watched some Amish go by in a horse drawn carriage.  Clop clop clop clop.
Those hats have gotta be hot, he said.
I looked up at the porch roof peeling blue flakes.  Termites were taking down the house in sections.  One day it would collapse.  I could only hope to be out during that occurrence.
So tell me everything, he said.
Everything?
All your men, he said, taking a good swallow like it was whiskey.
Have you checked Ripley’s Believe It Or Not?  (My idea of a joke).
He emptied the glass, sucking the lemon slice.  Deliberating.  Putting the glass down on uneven boards.  It toppled and some ice cubes rolled out.
Don’t worry, I said.
He was looking somewhat dismal at this point in the conversation.
Sitting up straighter in the rough wicker chair, he suddenly seemed focused again.  Saying, Well, darlin’.  What about your past?
Where shall I begin, which country? 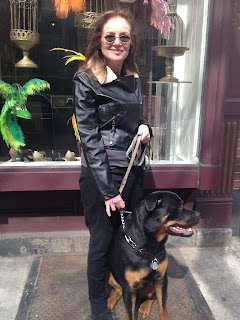 Susan Tepper is a twenty year writer in all genres, and the author of nine published books.  Her most recent are CONFESS (a poetry chapbook by Cervena Barva Press, 2020) and a quirky road novel WHAT DRIVES MEN (Wilderness House Press, 2019).  Currently Tepper is in pre-production of an Off-Bdwy play titled THE CROOKED HEART which she based on artist Jackson Pollock’s later years.
www.susantepper.com
- June 22, 2021 No comments:

A Note From My Dealer. By John Patrick Robbins

Dear John, Bro, you really got to slow down. Like I'm having to work double time just to keep up with your habit   And  I got into dea...